LAPWD would like to thank and congratulate Peter and Josephine Mc Loughlin for their kindness to organised a charity dance event this year for us and join our boys. This year was very successful as it was a great evening had by all. This Leitrim couple have raised €100,000 in funds for local charities, over the last 10 years. So a big thank you to everyone involved.

A number of years ago peter was told by doctors that he would never walk again, and after the determination he proved doctors wrong, just like he said that he was going to raise €100,000 for charity and yet again Peter and his wife together took on the big task and in 2016 has hit the target.

LAPWD would like to thank Peter and Josephine for thinking of us this year for the monies raised and to congratulate them on the brilliant achievement. 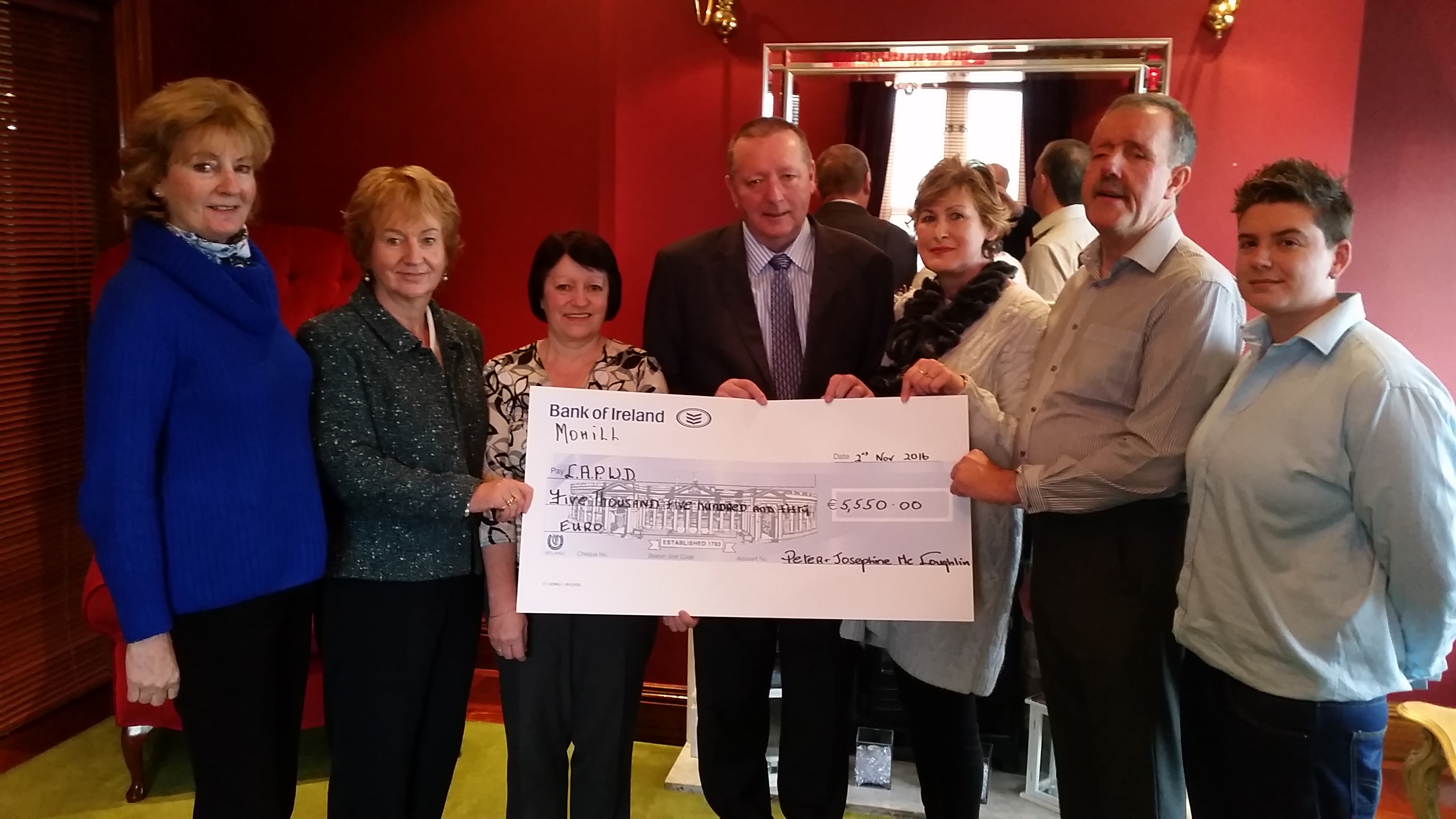